Everything you need to know about rats, specifically Norway rats, so you can repel or eliminate them! 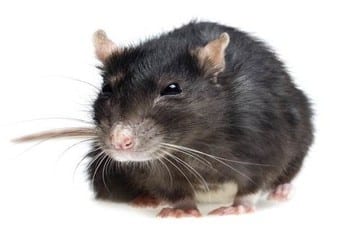 Description of the rat

The Norway rat, which is commonly called the sewer rat, gray rat, wharf rat or water rat, has a weight that varies between 300 grams and 500 grams, it measures from 18 centimeters to 25 centimeters in height. long. Its tail is shorter than its body and head together, it is darker on the top part. Their ears are small and they seem half buried in their hair. The color of the rat can vary from red-brown to gray-brown. The female will give birth to about eight to twelve young. It can give birth to four to seven offsprings per year. The lifespan of rats, in their natural environment, is six to twelve months, however, the male usually has a greater longevity than the female.

Habits of the rodent

Rats are pests that damage the structure of buildings, which leads to significant monetary losses. They can also attack furniture, destroy food containers and contaminate food. The rat manifests itself mainly during the night and is generally active when people are away from their homes. It is not uncommon to see a starving rat feeding during the day.

Usually, the rat will go and establish its nest in the ground. It will first try to find food outside and, if it does not find any, it will go inside the buildings to feed, then return outside when it has finished eating. However, it is not impossible for rats to spend their entire lives inside a building. In the latter case, they build their nests in a closed place, where no human activity takes place.

Rats, in addition to seeing gray, have very poor vision; they can only distinguish variations in light intensity. However, their other senses, such as smell, touch, taste, and hearing are highly developed, which compensates for their poor eyesight. Rats are suspicious by nature, so they will react to the presence of any new object in their territory.

They can jump, climb, swim and chew. Some can even make leaps of a meter in height and when they are in a difficult situation, they will not hesitate to jump into the void. They can easily climb over pipes, wires and rough walls. Rats also have excellent balance; they can commonly circulate horizontally on a wall or an electric wire, their tail serving as a counterweight. Since they must drink water at least once a day, their burrows are usually near a watering hole.

Here are some tips to eliminate this harmful rodent:

At Rive-Nord Extermination, the Norway rat is one of our specialties! We are a certified exterminator who can permanently fix your rat problem in your building. Our products used are effective and healthy for the environment. Contact us today to solve your rodent problem!